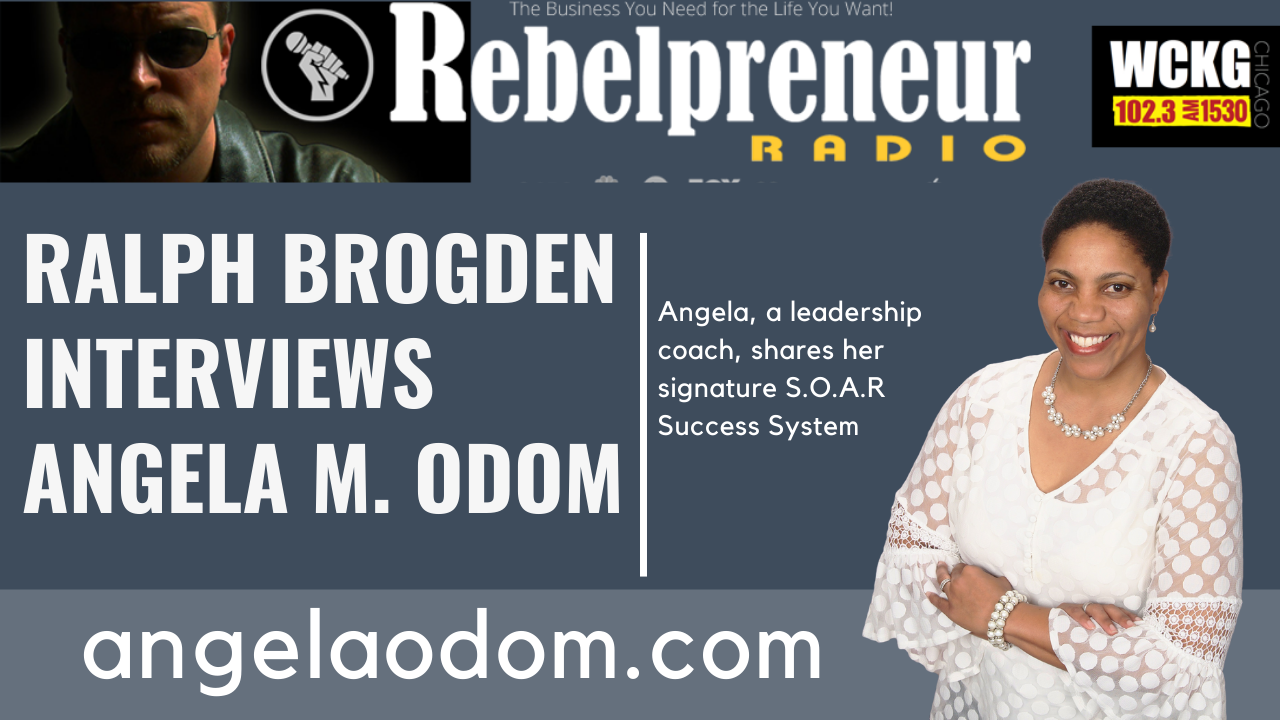 Yesssss! My Interview on Rebelpreneur Radio is live!

Ralph Brogden really did a good job of digging in to how I help my clients. I'm grateful to share the S.O.A.R success system with a broader audience. This was great!

Feels good to know that I am making a difference! 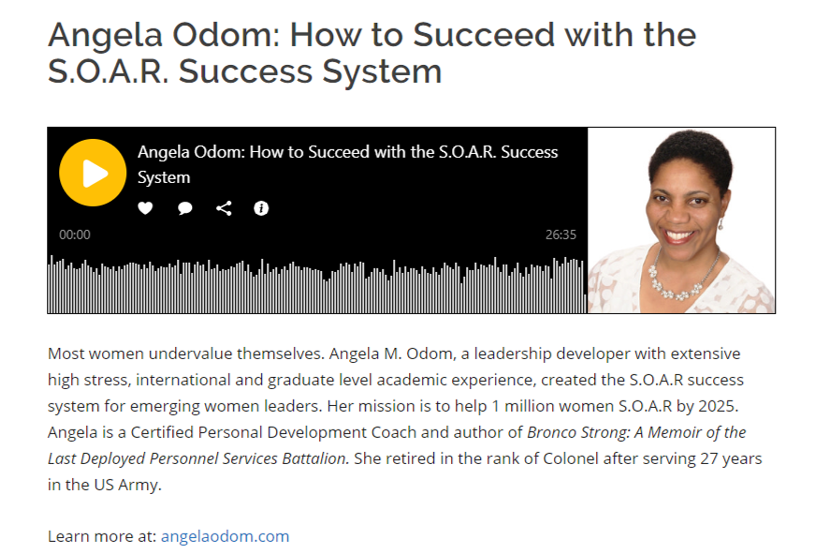 Listen to the Interview HERE

Ralph Brogden, MASC is a best-selling author, publisher, and radio host. He is a specialist in strategic communications with a professional and educational background in marketing, psychology and publishing. His work has been featured on CBS, NBC, ABC, FOX, USA Today, The Huffington Post and hundreds of nationally-syndicated television, newspaper, and magazine outlets.

As a personal development coach and leadership mentor, Angela specializes in helping emerging women leaders move past undervaluing themselves into achieving the SMART goals they envision and have prayed for.

Angela is the host of the Better U TV. She is the author of "Bronco Strong: A Memoir of the Last Deployed Personnel Services Battalion" and the co-author of "Camouflaged Sisters: Leadership Through the Eyes of Senior Military Women Leaders", which hit the Amazon Hot New Releases Bestsellers List at #1 in United States Military Veterans History, #1 in United States Veterans History, #3 in Military & Spies Biographies, and #5 in Business Leadership.

Angela is a leadership developer with extensive high stress, international and graduate level academic experience. Angela served honorably in the US Army for 27 years and retired in the rank of colonel in September 2015. She served in various leadership roles which included command and control of integrated, male and female, Army teams and units.

Angela career highlights include participating in three separate combat operational deployments, commanding a battalion in Iraq, serving as a professor of military science, serving as the chief of the Army’s human resources assignments managers and establishing a military installation level mentorship program. Her varied career opportunities increased her hands-on capability and knowledge as a servant leader.

After retiring from the greatest Army on the planet, Angela settled in Morrow, Georgia with her favorite teenager, started The Better U Project, LLC and published two leadership themed books.

Her mantra is: “Serve others from the overflow of your filled cup” 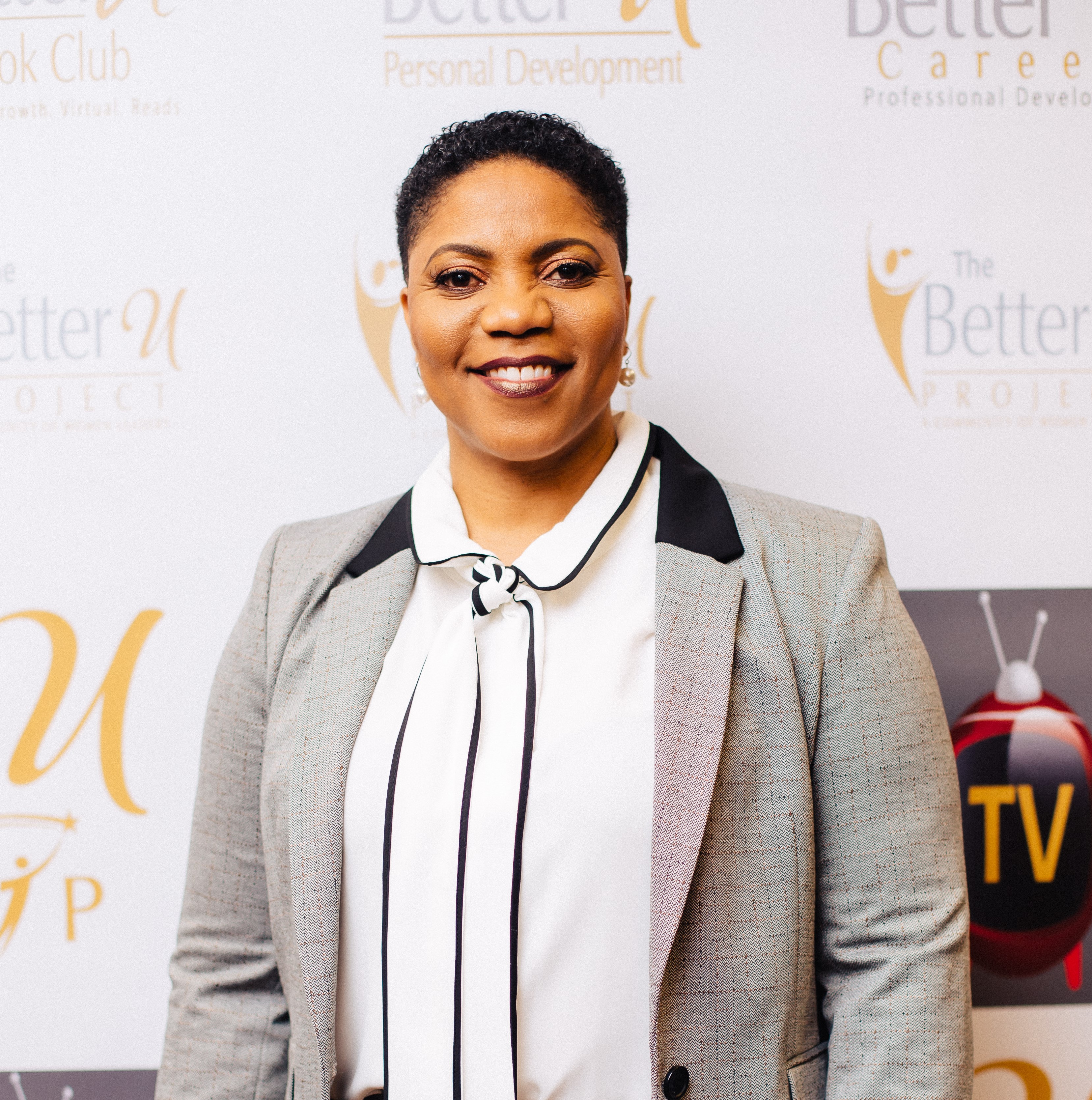