Amanda Gorman is an inspirational and charismatic leader.  At a five feet, three inches, she stood tall on a stage with luminaires during President Joe Biden's inauguration ceremony on January 20, 2021.

It was awe-inspiring watching his and Vice President Kamala Harris take their oath while being surrounded by their loving families, Former President Barack Obama and First Lady Michelle Obama arrive in their show stopping attire and dazzling performances from J.Lo, Lady Gaga, and Garth Brooks.

However, all eyes were on poet Amanda Gorman as she recited her poem ‘The Hill We Climb’. 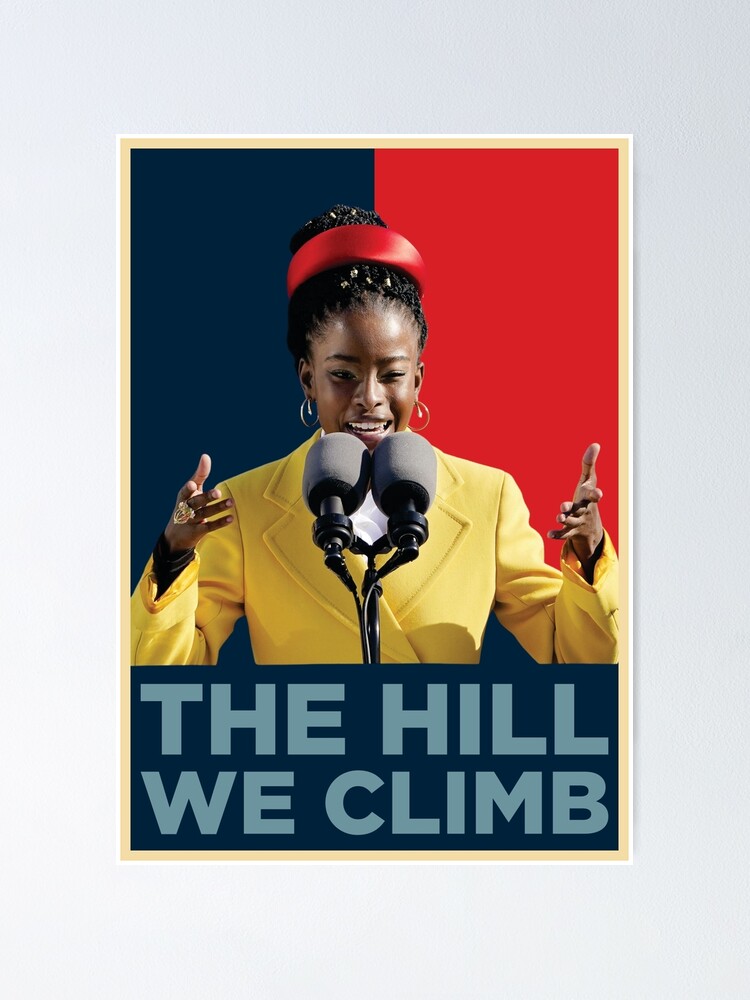 Youth Poet Laureate Amanda Gorman spoke at the inauguration of U.S. President Joseph R. Biden on the West Front of the U.S. Capitol on January 20, 2021. The 22 year old Harvard alumna is now the youngest inaugural poet in U.S. history.

Leadership is the process of influencing others to attain specified and unspecified tasks. 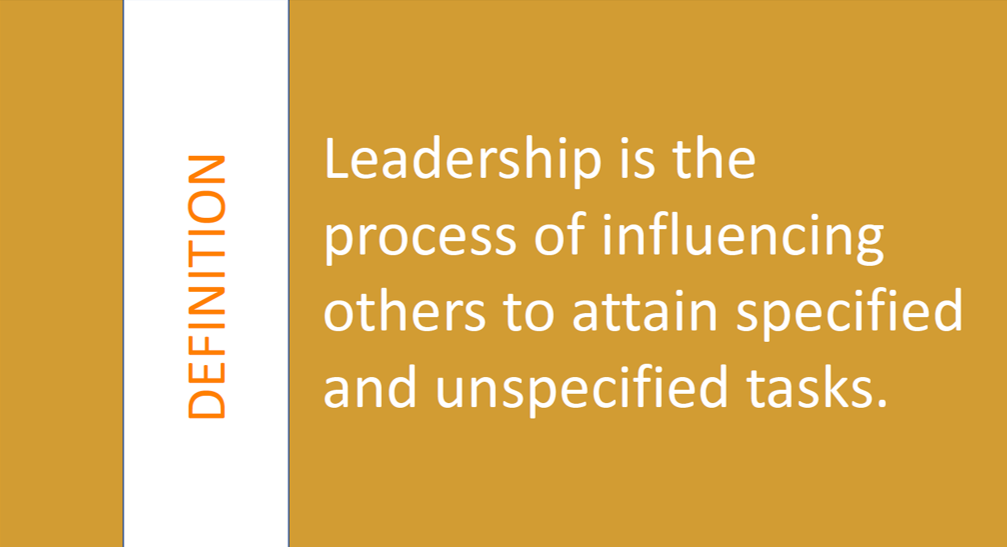 The entire universe is buzzing with positive energy about the possibilities that Amanda Gorman's poem asserted. She delivered the poem she wrote for this global event with confidence and authenticity.

10 demonstrations of how Amanda Gorman has influenced others:

1.  The poem is already a popular teaching tool. PBS has provided a lesson plan for students grade 6-12.

3. Two upcoming books by inaugural poet Amanda Gorman shot to the top of Amazon's bestsellers list on Wednesday, after the 22-year-old gave a stirring recital of her poem "The Hill We Climb" to welcome President Joe Biden into office.

A book of poetry, also titled "The Hill We Climb," and a picture book, "Change Sings: A Children's Anthem," illustrated by Loren Long, were both scheduled to be published in September 2021 by Viking Books for Young Readers, a division of Penguin Random House.

"I AM ON THE FLOOR MY BOOKS ARE #1 & #2 ON AMAZON AFTER 1 DAY! Thank you so much to everyone for supporting me and my words," Gorman wrote on Twitter Wednesday evening after reciting her inauguration poem.

4. When she’s not writing, Amanda is leading One Pen, One Page. She is the founder and executive director of the non-profit organization which promotes youth literacy and leadership through creative writing workshops. Its mission is to empower youth to use their voices and eliminate inequality through education.

5. Oregon State University's Creative Writing faculty and students offer their thoughts on Amanda Gorman's incredible poem "The Hill We Climb," which was delivered for the Presidential Inauguration on January 20, 2021.  Watch it here

6. She wore jewelry gifted to her by none other than Oprah Winfrey, which the television host and producer's longtime friend Gayle King revealed during CBS News' live broadest.

After the ceremony, Gorman thanked Winfrey on Twitter: "I would be nowhere without the women whose footsteps I dance in," she wrote, adding, "While reciting my poem, I wore a ring with a caged bird—a gift from @Oprah for the occasion , to symbolize Maya Angelou, a previous inaugural poet. Here's to the women who have climbed my hills before."

7. Rabbi Whitman reviewed "The Hill We Climb" on YouTube and discussed Moses' speech impediment, in connection with Amanda’s speech impediment.. Then, he read the poem aloud. I don't know him and have never heard of him before January 2021. I did, however realized that Amanda Gorman had indeed inspired a global audience.

8.  In that interview, Gorman shared that, like President Biden, she too faced a significant speech impediment growing up. The daughter of an English teacher, she fell in love with writing poetry as a form of creative expression and also as a way to overcome her speech challenges. “For me, I learned how to speak by writing poetry,” she said.

In particular, she struggled vocalizing the “r” sound, but found a creative way to overcome that challenge. She noticed that rapping along to the rapid-fire lyrics in the hit Broadway show Hamilton (“Excuse me, are you Aaron Burr, sir?”) was actually the perfect solution.

“If I can rap, if I can do those poetics at that speed, and with those intonations, that was helping me figure out how to say those sounds,” she said, adding that without poetry, she may not have been able to overcome her speech impediment. “Written text, spoken word, poetry, really helped me find my voice in more ways than one.”

9. Her poem wasn’t the only thing that people were paying attention to at the inauguration. Not only did the red satin Prada headband she wore sell out, but the search for “yellow coats” jumped by 1,328% overnight after her appearance. Since then, Amanda has signed with IMG Models, the same agency that represents Gigi and Bella Hadid and #TOGETHERBAND Ambassador Cara Delevingne.

According to The Business of Fashion, Amanda will ‘be represented by the modelling agency for brand endorsements and other fashion-adjacent opportunities’.

10. She will inspire you to be ready. Although we just discovered her, she was already doing the work. Think about that........and ask yourself.......ARE YOU READY TO BE DISCOVERED WHEN YOU'RE ALREADY DOING THE WORK?

You can read a copy of the poem below.

“The Hill We Climb”
Amanda Gorman

When day comes we ask ourselves, where can we find light in this never-ending shade? The loss we carry, a sea we must wade. We’ve braved the belly of the beast, we’ve learned that quiet isn’t always peace and the norms and notions of what just is, isn’t always justice. And yet the dawn is ours before we knew it, somehow we do it, somehow we’ve weathered and witnessed a nation that isn’t broken but simply unfinished.

We, the successors of a country and a time where a skinny black girl descended from slaves and raised by a single mother can dream of becoming president only to find herself reciting for one. And, yes, we are far from polished, far from pristine, but that doesn’t mean we are striving to form a union that is perfect, we are striving to forge a union with purpose, to compose a country committed to all cultures, colors, characters and conditions of man.

So we lift our gazes not to what stands between us, but what stands before us. We close the divide because we know to put our future first, we must first put our differences aside. We lay down our arms so we can reach out our arms to one another, we seek harm to none and harmony for all.

Scripture tells us to envision that everyone shall sit under their own vine and fig tree and no one should make them afraid. If we’re to live up to our own time, then victory won’t lie in the blade, but in in all of the bridges we’ve made.

That is the promise to glade, the hill we climb if only we dare it because being American is more than a pride we inherit, it’s the past we step into and how we repair it. We’ve seen a force that would shatter our nation rather than share it. That would destroy our country if it meant delaying democracy, and this effort very nearly succeeded. But while democracy can periodically be delayed, but it can never be permanently defeated.

In this truth, in this faith, we trust, for while we have our eyes on the future, history has its eyes on us, this is the era of just redemption we feared in its inception we did not feel prepared to be the heirs of such a terrifying hour but within it we found the power to author a new chapter, to offer hope and laughter to ourselves, so while once we asked how can we possibly prevail over catastrophe, now we assert how could catastrophe possibly prevail over us.

We will not march back to what was but move to what shall be, a country that is bruised but whole, benevolent but bold, fierce and free, we will not be turned around or interrupted by intimidation because we know our inaction and inertia will be the inheritance of the next generation, our blunders become their burden. But one thing is certain: if we merge mercy with might and might with right, then love becomes our legacy and change our children’s birthright.

It's your time to influence others by writing your own poem, mantra, or story. Join us in the next round of the Women's Leadership Intensive. Sign up at angelaodom.com

Angela M. Odom is a life and leadership coach, podcast host, proud Army veteran and the author of BRONCO STRONG: A Memoir of the Last Deployed Personnel Services Battalion and a contributing author to the book, "Camouflaged Sisters: Leadership Through The Eyes of Senior Military Women Leaders".

Disclaimer: If you click on some of the links and make a purchase, Angela may receive compensation. So click away.