Ready to read an action and adventure children's book that focuses on teamwork and communication? Announcing the release of "Golom's Magical Gamers".  This book is written by Angela M. Odom and illustrated by Kavion Robinson.

WHAT IS THE BOOK ABOUT?

Ryan and his dearest cousins live in different states and don’t get to see one another often. There’s nothing he can do about it. One morning, his mother sends him to the basement to get some boring stuff adults need. She gives him a list so that he won’t forget what she needs. As Ryan is looking at this list, the weirdest thing happens. The words his mom wrote begin to rearrange themselves on the paper. It says, “Ryan, It’s Your Time to Know.”

“Uh, know what?” Ryan asks the paper but, it doesn’t respond. Ryan soon sees a map that takes him to the basement and beyond. Ryan follows that map and meets the God of Game, Golom. Since that conversation with Golom, Ryan’s day gets really weird.
Magically, Ryan gets back to his room.

He thinks that it must be a dream.

As he’s about to meet his cousins on a video call,
Ryan steps out of his world and into a game.
There he sees all his cousins!

However, there’s trouble in the midst of this
great reunion.

Will they conquer the evil they
face or fall victims to these troubles? 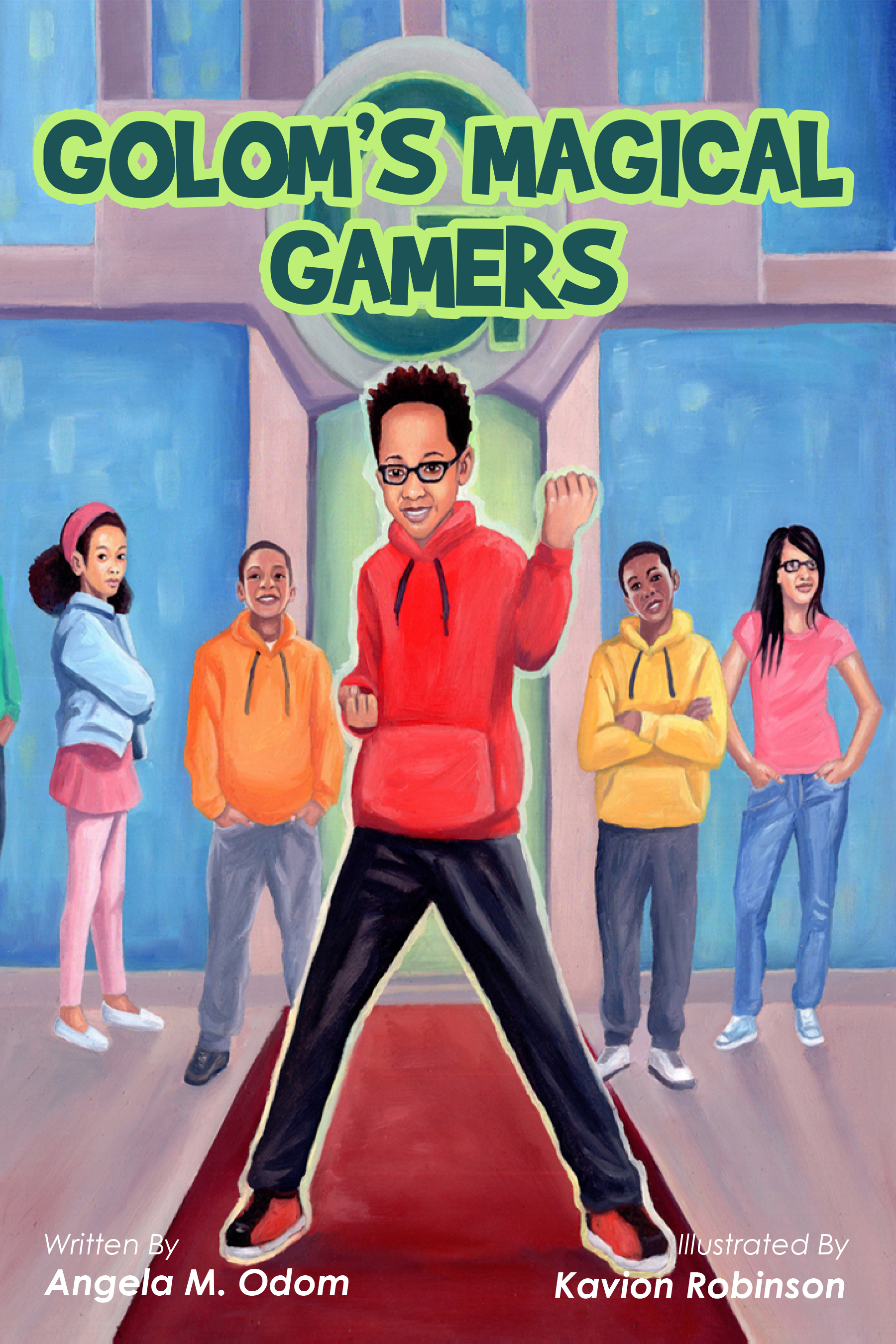 WHO IS THE BOOK WRITTEN FOR?

This fast moving action packed children's book is written for boys and girls aged 4 to 14 years old.  Younger kids will be able to enjoy the both the audio and  video versions as well as read along with and listen as their caregiver reads to and with them. Kids aged 8 through 12 will especially appreciate reading about being on the inside of a video game. The are most likely gamers themselves and can understand how to move from level to level.  Then there's the older teenagers, they will simply enjoy the simplicity of working together as a solid team.

IN WHAT FORMATS ARE THE BOOK PUBLISHED?

WHAT WAS THE PURPOSE/INTENT FOR WRITING THIS WONDERFUL STORY?

The author believes that real leaders read. Her overall intent is to inspire young readers to see themselves in this short, dynamic story.
She used this as an opportunity to model to her teenaged son, Ryan how to create residual and multiple streams of income.
Additionally, she intends to encourage her young nieces and nephews to read more often by having a book on their bookshelf with their names in print. Representation matters.
WHAT WAS THE INSPIRATION FOR WRITING THIS BOOK?
The author, Angela M. Odom, was inspired to write "Golom's Magical Gamers" after her niece, Cherrie Tobias, relayed a story about her 6 year old son. He was adamant that he would not need his mom to read to him much longer because he was on the train to kindergarten. He was so excited about being able to recognize "Sight Words".
After a short conversation, the author took on the task of writing a children's book for her young nieces and nephews.
Much Love and Much Respect,

Angela M. Odom is a life and leadership coach, founder of The Better U Project brand, podcast host, proud Army veteran and the author of BRONCO STRONG: A Memoir of the Last Deployed Personnel Services Battalion  and Golom's Magical Gamers as well as a contributing author to the book, "Camouflaged Sisters: Leadership Through The Eyes of Senior Military Women Leaders".

Get your copy of the book, "Golom's Magical Gamers" at Amazon