Did you learn anything yet? I seek to learn something new each and everyday.

I don't mind failing or looking foolish or being rejected. I think falling down; not getting it right the first, second or 1,000th time is part of growth and development. 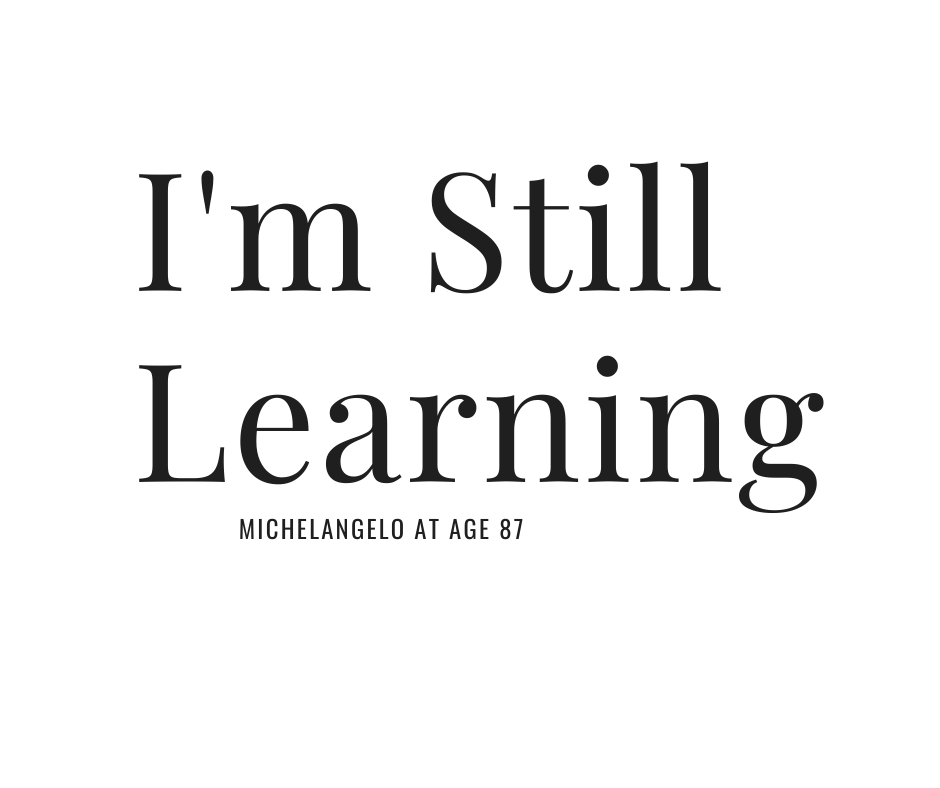 This is a new edition to an annual article I publish as a way of capturing the most significant lessons I've learned during the previous year. Review the articles of the six people I learned from in 2015, 2016, 2017, 2018 and 2019.

I remain unapologetic about my thoughts on learning and winning. I do not believe we lose, I believe we simply learn from our experiences.  In the year 2020, I learned a lot about myself and others. 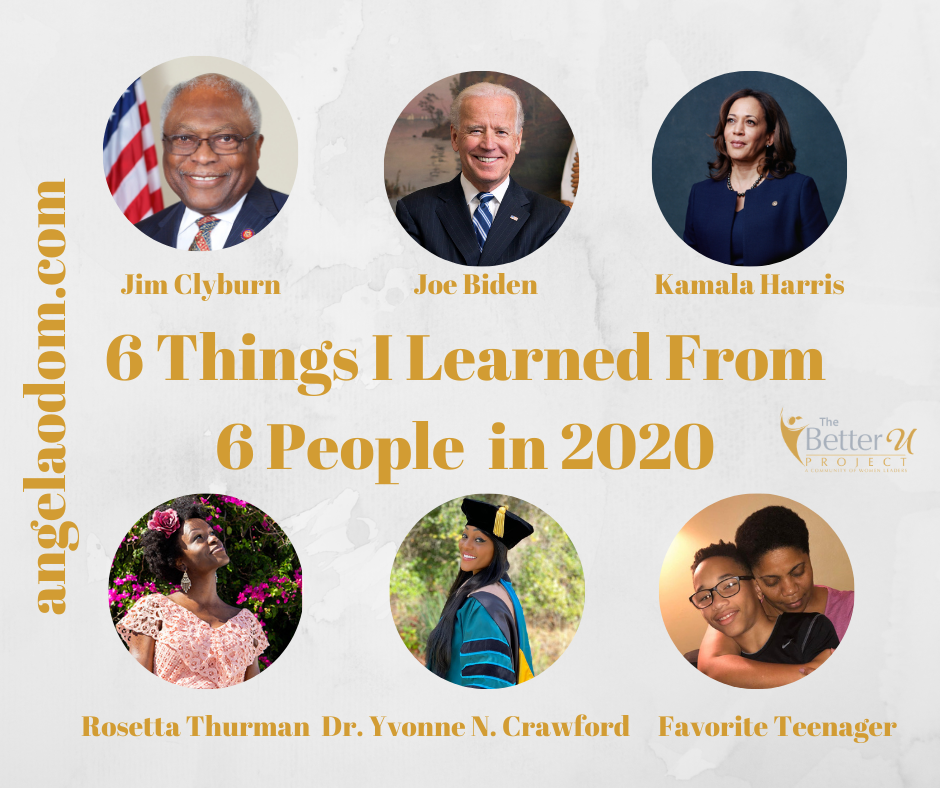 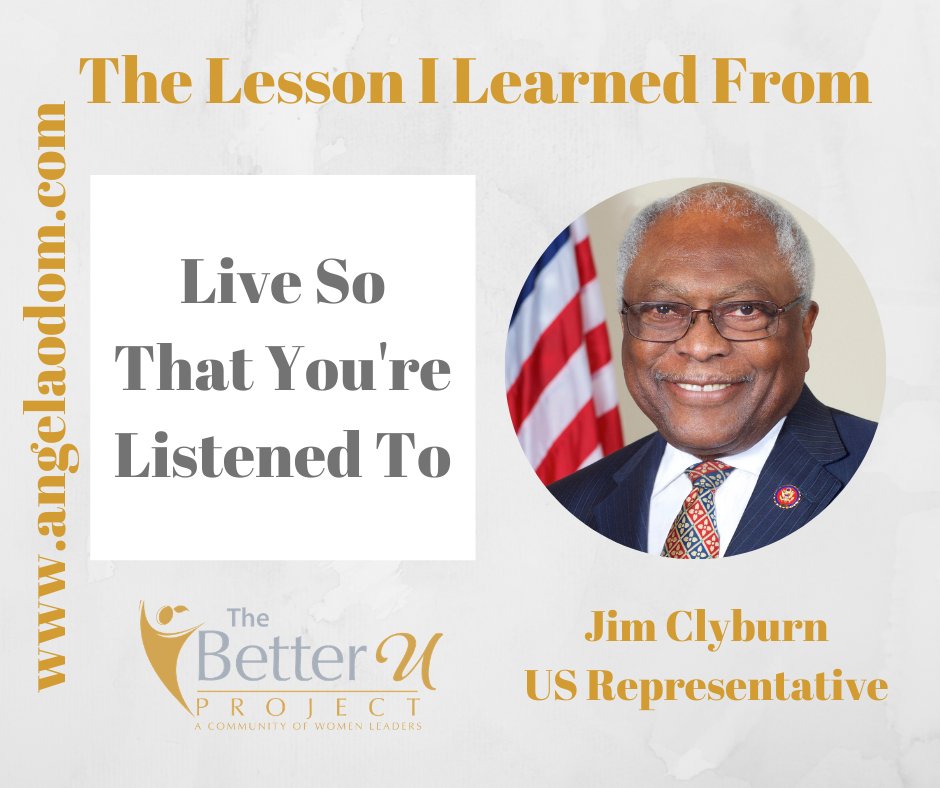 James Enos Clyburn is an American politician and a Democratic member of the U.S. House of Representatives from South Carolina. He has served as House Majority Whip since 2019.

I'm sure I don't stand alone in acknowledging Clyburn’s endorsement of Biden as a key inflection point during the Democratic primaries.

It's a clear distinction. Before Representative Clyburn galvanized voters in his home state; South Carolina to support Joe Biden amongst a crowded field of 29 democratic candidates, Joe Biden's campaign was floundering.

After the endorsement, Biden won in South Carolina and never looked back.

Lesson Learned: Live So That You're Listened To 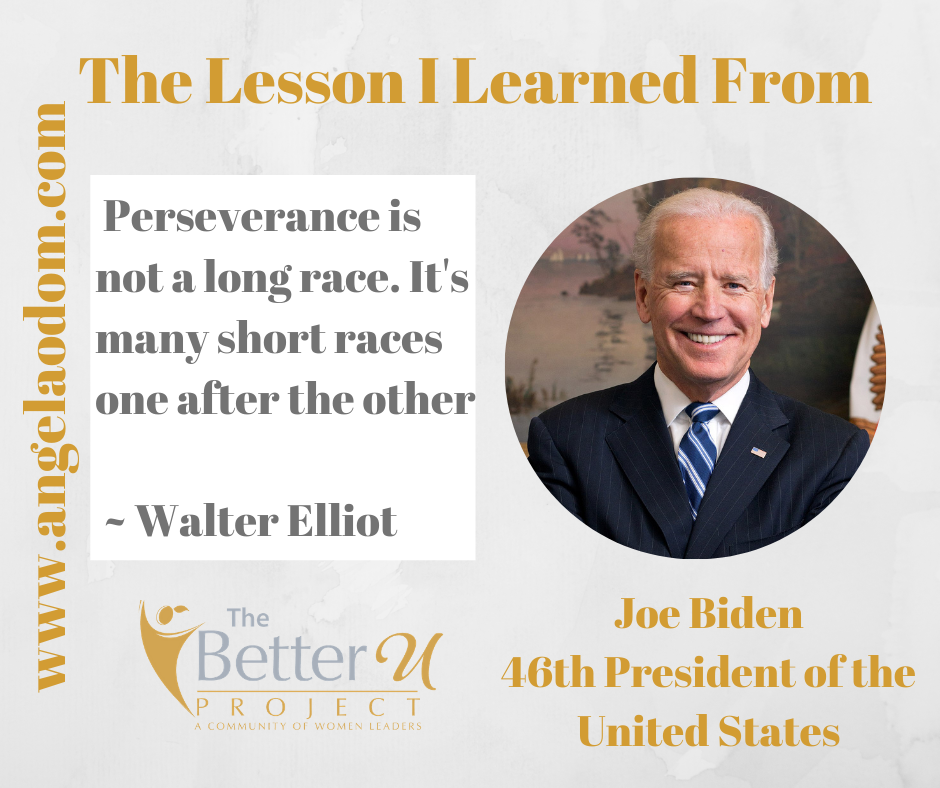 Joseph Robinette Biden Jr. is an American politician serving as the 46th and current president of the United States. A member of the Democratic Party, he served as the 47th vice president from 2009 to 2017 under Barack Obama and represented Delaware in the United States Senate from 1973 to 2009

"The Tortoise and the Hare" is one of Aesop's Fables and is numbered 226 in the Perry Index. The account of a race between unequal partners has attracted conflicting interpretations. The fable itself is a variant of a common folktale theme in which “Slow and steady wins the race”- says the moral of an old fable. But here are some valuable lessons that could be gleaned with some interesting twists in the tale.

Recognizing one’s unique strengths is the key to success as it never helps to compare oneself to others.

Lesson Learned: Perseverance is not a long race. It's many short races one after the other ~ Walter Elliot 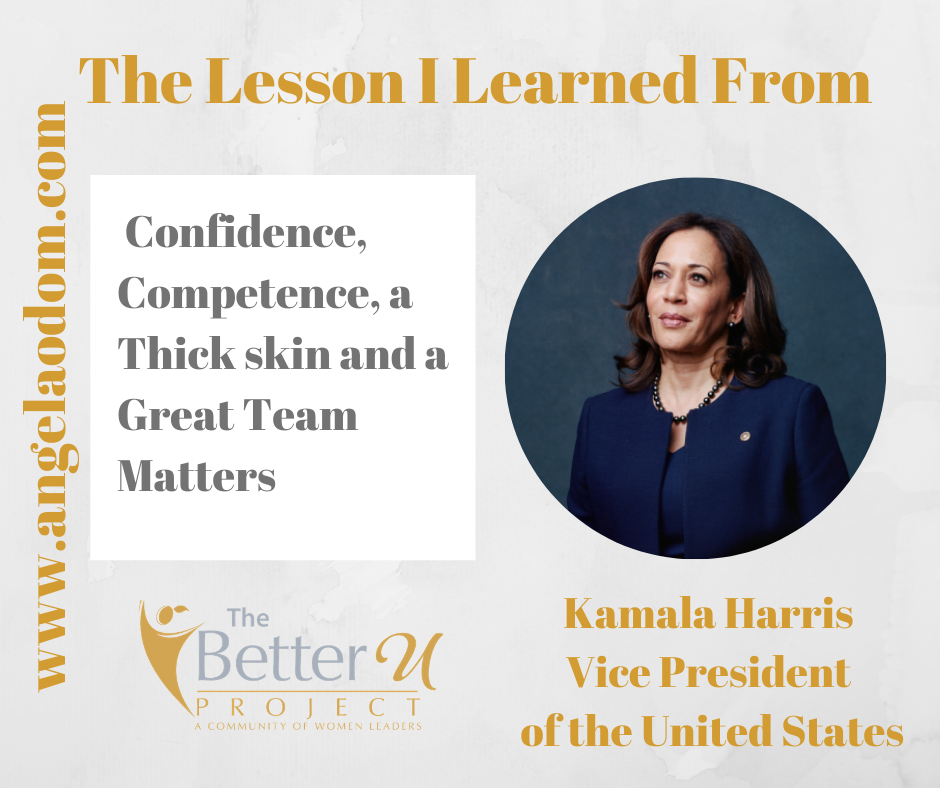 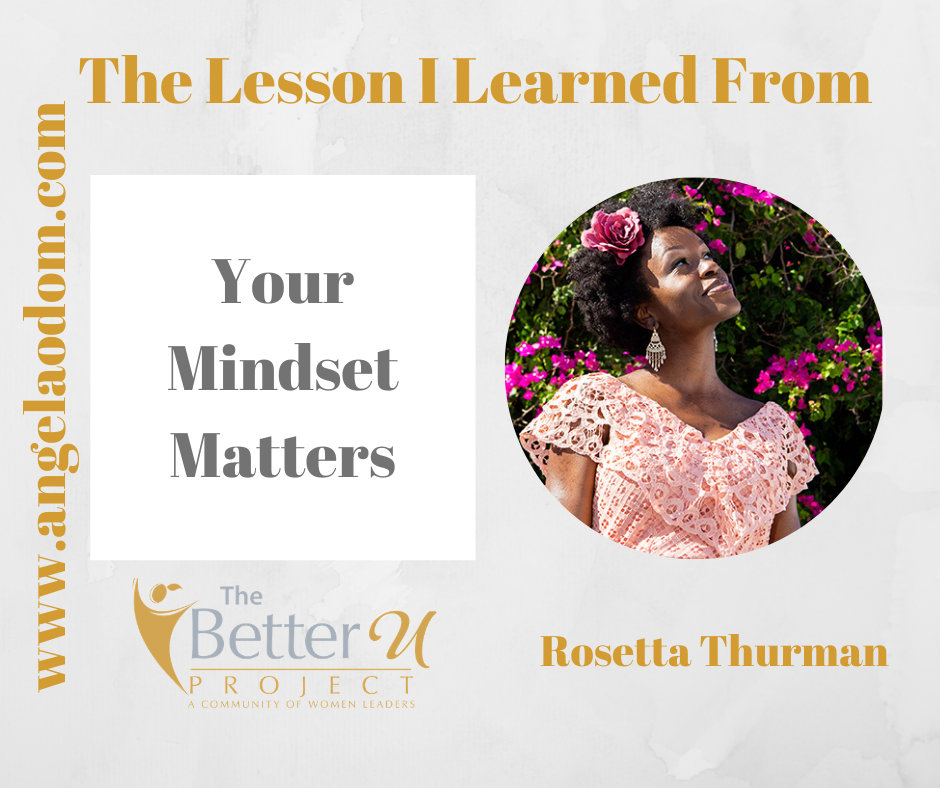 Rosetta Thurman is a life and business coach who helps black women manifest the life, business and relationship of their dreams.

According to her website, she has been able to go from $0 to a multi-million dollar women’s empowerment brand, traveling to “bucket list” destinations around the world, publishing 2 books, hosting a podcast with over 1M downloads, and leading dozens of events and international retreats, Most importantly, she has been able to teach thousands of Black women how to do the same!

I've attended her transformational training sessions and I'm fully onboard with infusing intentional focus on the right things with the practical action steps to make things I happen for and to me.

Her motto is: “You can do anything you want with your life and no one can stop you…but YOU! 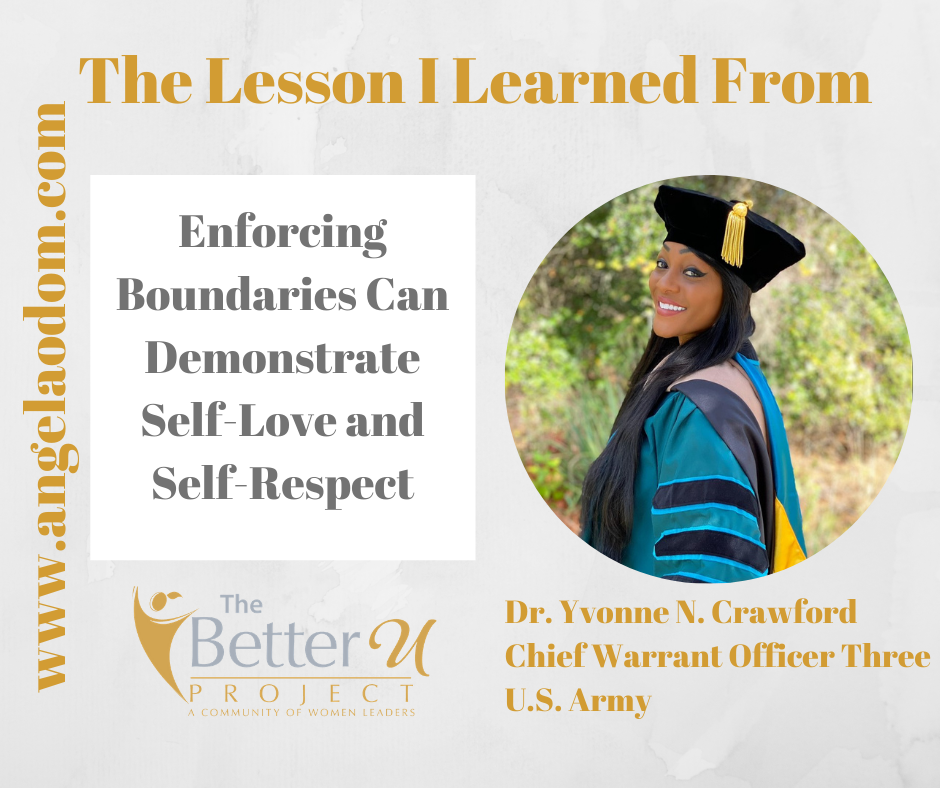 As a US Army Warrant Officer Three, Yvonne Nikki Crawford is a well respected, combat proven, technical expert. She is top notch leader of men and women, in and out uniform.

It's a pleasure to watch her thrive from afar. She's an inspiration and a role model.

We met while serving together in Iraq in October 2006 through the early part of 2008, after a tumultuous 15 month deployment. I knew her as "PV2 Adams" when she served as a Personnel Actions Clerk in Charlie Detachment, 15th Personnel Services Battalion. I watched as she and a small group of dedicated junior soldiers masterfully demonstrated what it meant to sacrifice so much to help so many.

Nikki is every woman. I love that she loves God, her husband, her kids, family, and friends. I'm especially inspired by the fact that US Army Chief Warrant Officer Three
Yvonne Nikki Crawford enforces boundaries which demonstrates that she loves and respects herself.
She recently earned a Doctorate in Human Resources and Services from Walden University.  She'll keep climbing to greater and new heights. Today, my prayer is that my girl takes time to acknowledge that this current achievement is a BIG DEAL! It's more than wonderful. It's the culmination of years of hard work, sacrifice, and talent. 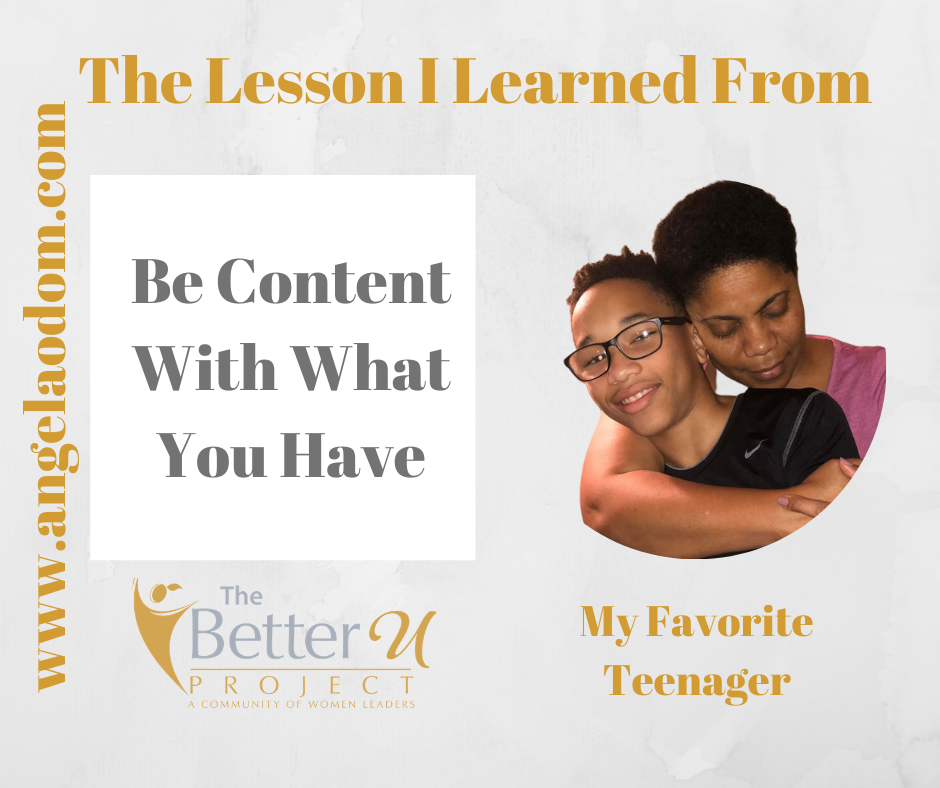 I noticed how my son found the capacity to move gracefully through several significant emotional events in 2020.  He demonstrated a level of resiliency I didn't realize he had until reflecting on the entire year.

He experienced a range of healthy emotions throughout the year; from joy, fear, anger, disgust, sadness and trust.  Mostly, he laughed heartily when engaging with what seemed to me, a stadium full of virtual friends that he constantly talked with, laughed and engaged in deep in-depth conversations about the brazen news of the day.

Whether adjusting to attending his classes online 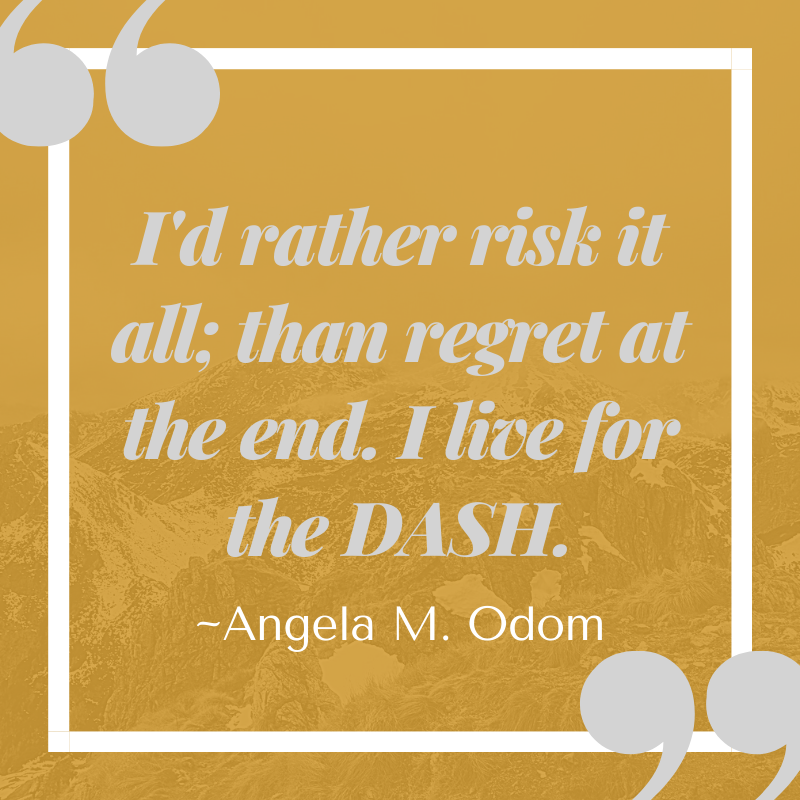 Question: What lesson did you learn over the past year?  Do share.

Angela M. Odom is a life and leadership coach, podcast host, proud Army veteran and the author of BRONCO STRONG: A Memoir of the Last Deployed Personnel Services Battalion and a contributing author to the book, "Camouflaged Sisters: Leadership Through The Eyes of Senior Military Women Leaders".

Disclaimer: If you click on some of the links and make a purchase, Angela may receive compensation. So click away.